Tired of lying in bed thinking about something you said to a coworker? If you responded to an email? Forgot to pick your child up from school? Are you just tired? Retailer Mattress Firm wants to end what it's calling your “junk sleep,” and it's tapped actor Liev Schreiber to lead the charge in its biggest national brand campaign ever.

The new push from Droga5 depicts the “X-men” and “Scream” actor cruising down a dark city street on a motorized mattress as he moodily observes the sleep deprivation around him, like a scene from "Ray Donovan."

"Junk sleep" is not only "what you get from a bed that isn’t right for you," he says, it's also the reason why you “keep calling Kevin Keith,” what made you leave your laptop on the bus and what “puts bags under the bags under your eyes.”  Throughout, we see junk sleep zombies roaming the streets, flinging their bodies like the  inflatable tube men at used car lots. The campaign was directed by MJZ's Steve Ayson, known for his comedic work on Old Spice’s “Mom Song” campaign, Miller Lite, Skittle and more.

The hard stats on Americans' bad sleep drove the campaign idea. According to SleepScore Labs, Mattress Firm’s strategic partner, 68% of Americans are sleeping less than the recommended seven hours per night. That’s 74 billion hours of lost sleep per year.

"Working in advertising, I’ve certainly had my fair share of 'junk sleep' over the years,” said Droga5 ECD Scott Bell in a statement. “It’s what happens when you drink 15 cups of coffee and then try to sleep with crushing deadlines running through your mind until 3 a.m. And then the sleep I’d finally get was garbage. Branding this subpar sleep as 'junk sleep' is a powerful way to call attention to the issue and frame it in a way that everyone can understand. And it’s a problem that Mattress Firm, with its dedicated team of Sleep Experts, is uniquely positioned to solve."

"When I read the 'Junk Sleep' scripts, I literally laughed out loud," added Schreiber. "The other highlight for me is that it brings awareness to an issue very close to my heart. Lack of sleep! Hopefully, this campaign serves as a wake-up call for the millions of workaholics, night-owls and over-thinkers who are deprioritizing sleep. The message is pretty simple: it's difficult to live a healthy life if you aren't sleeping well."

In two of the campaign’s shorter spots, the action intensifies as desk workers who replied-all or a father who left his child at school are illuminated by harsh spotlights, each time accompanied by a musical boom, like an interrogation.

In a final film, Schreiber puts a bad mattress to rest once and for all, playing bagpipes as it floats out to sea for a Viking funeral.

The campaign will premiere during the Olympic Games’ opening ceremony this Friday, July 23rd, and extended content will feature three-time Olympic Gold Medalist Gabby Douglas giving tips on how to sleep like a winner.

Tossers and turners can post an image of their mattress with why they suffer from junk sleep to Instagram or Twitter, using hashtag “#UnJunkYourSleepGiveaway” and following Mattress Firm’s account, to win $2,000 toward a new mattress or a personal un-junking by Mattress Firm’s Un-Junk Your Sleep Truck. The truck, which will tour to New York City, Detroit and Houston, will arrive at winners’ homes to provide a personal consultation and swap out their junk mattress for a new one. 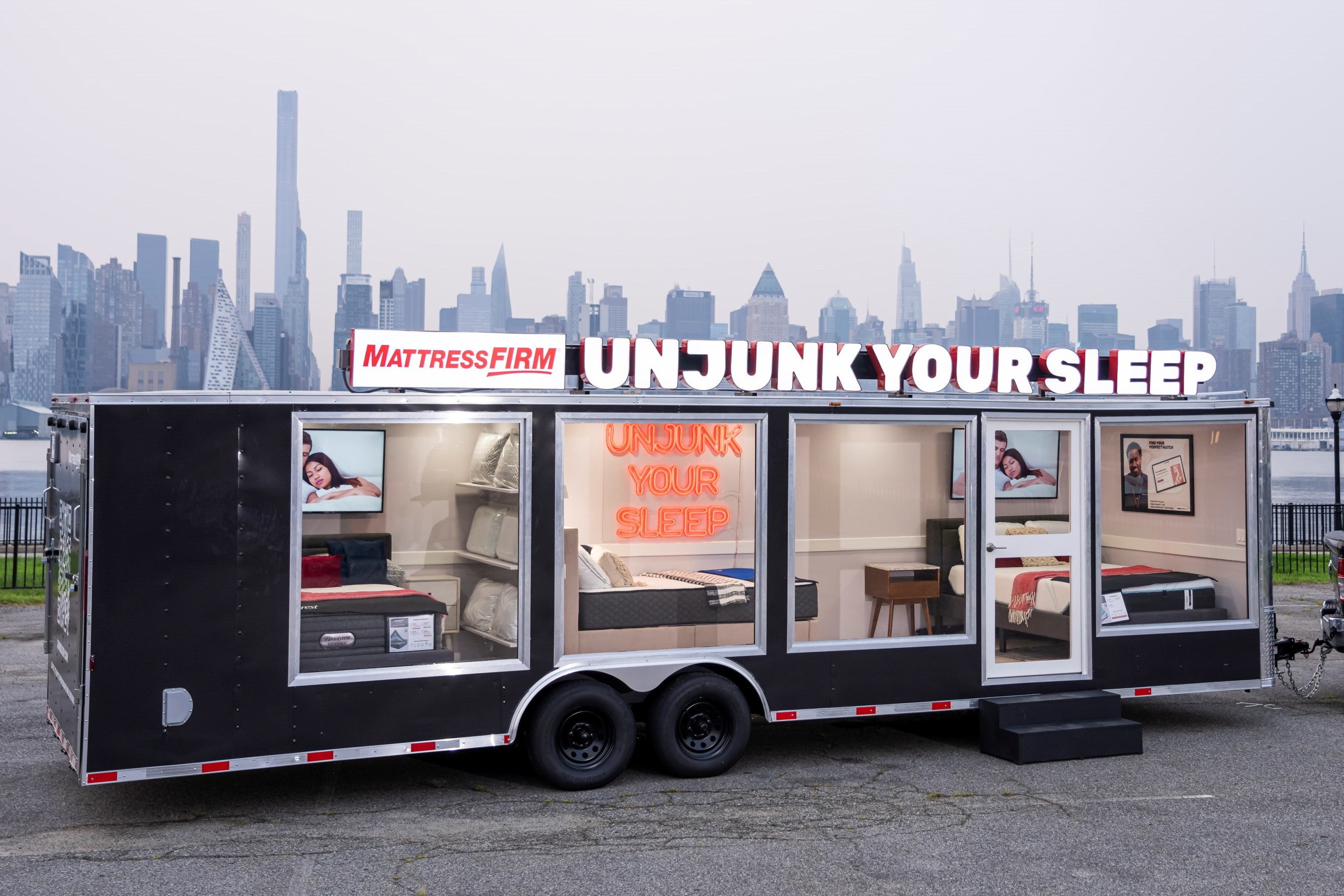 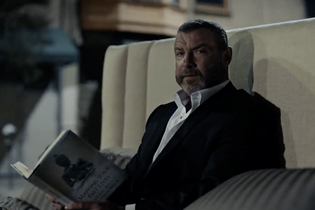 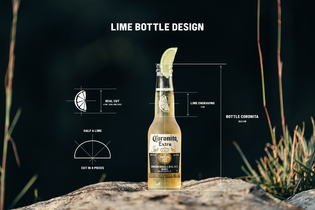 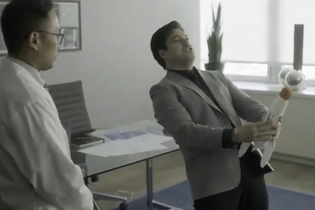