Front Row will have significantly fewer ads than what's on its cable networks
READ THIS NEXT
How brands are living up to BIPOC media commitments in the upfronts
Credit: HBO Max

WarnerMedia, fresh off the Discovery deal news, is introducing a new limited-commercial content destination on its TV networks that will bring select HBO Max series to linear.

Dubbed “Front Row,” this offering comes as WarnerMedia looks to build up its consumer base for the streaming platform, hoping that sampling programming on the linear channels will drive viewers to HBO Max.

“We know viewers discover content in a variety of ways, and with ‘Front Row’ we are giving more of them an opportunity to encounter our groundbreaking Max Originals. To put it simply, we’re growing audience. That’s valuable to each and every one of our partners from distributors to brands,” Tony Goncalves, exec VP and chief revenue officer, WarnerMedia, said in a statement.

For advertisers, Front Row gives brands an opportunity to be a part of HBO Max shows, which thus far have predominantly aired with no commercials.

The company did not detail what exactly the ad load in Front Row would look like, but Brett Weitz, general manager, TBS, TNT and truTV, said during a press call on Wednesday morning that it would be "significantly less than what you are currently seeing on any of our networks."

WarnerMedia has a history of looking to reduce ad loads on its channels, saying way back in 2015 that it would reduce its ad load on truTV to 10 minutes per hour, as an example.

While much of the attention has been on the streaming landscape, Weitz said that cable networks still have a lot of legs and "continue to deliver to the consumer in a big way."

In addition, the first season of “The Flight Attendant” will be available to watch on TBS in 2022 ahead of its second-season premiere on HBO Max.

Select TNT content including “Rich People Problems” (working title), Cody and Brandi Rhodes’ “Rhodes to the Top,” “Claws” and “Snowpiercer,” will also be offered to consumers with limited commercials; TBS content will be announced at a later date. 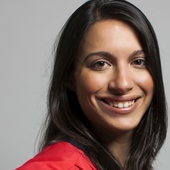