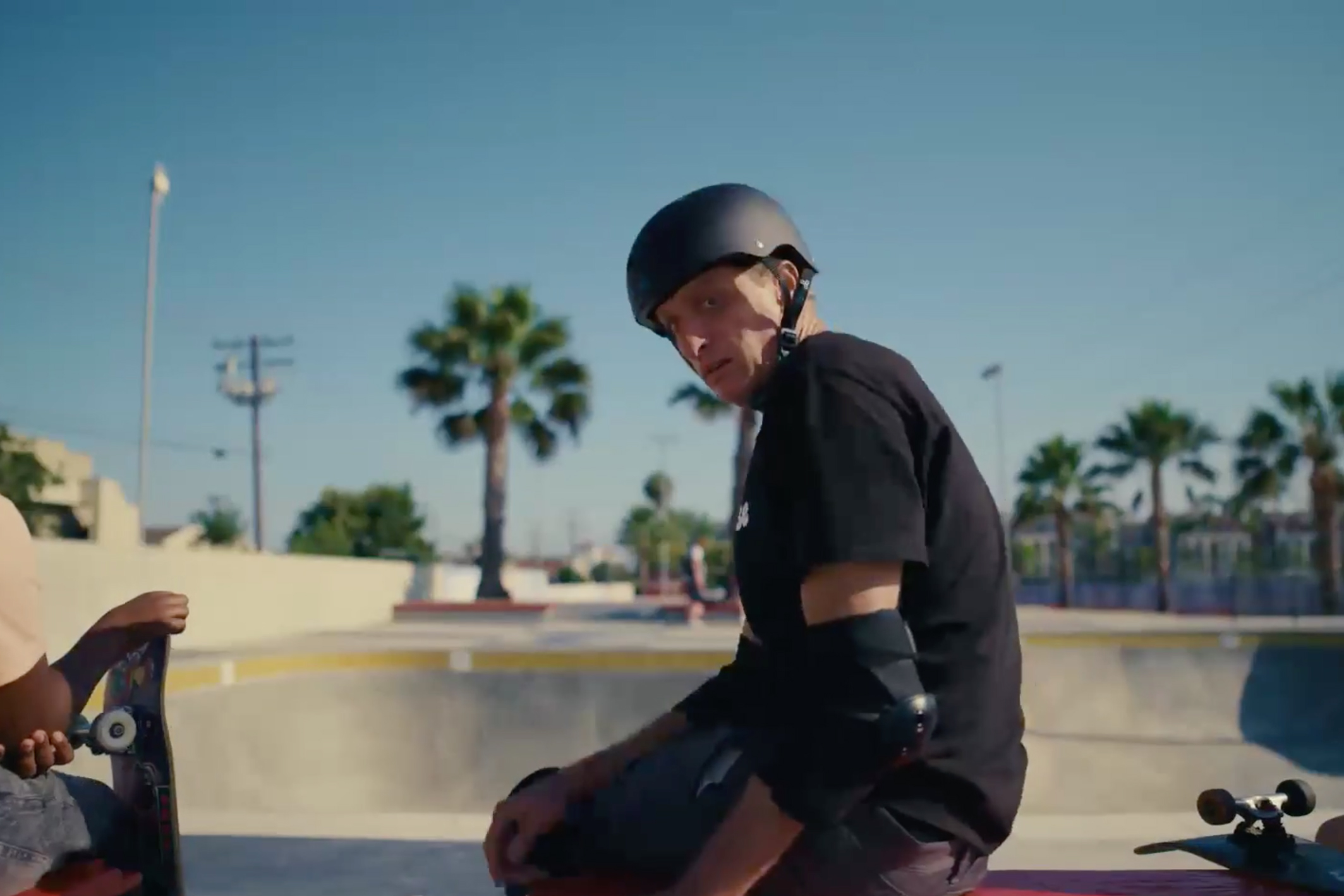 Created out of Anomaly L.A., the push will debut tomorrow during the opening ceremony. An anthem spot features people from all walks of life, including athletes such as skateboarding legend Tony Hawk, embracing the world with the help of the company’s services, including ride offerings such as Uber X, Uber Green and Uber Rent as well as Uber Eats and Lime scooters—all illustrating the new tagline “Go get it.”

“So many people don’t realize we’re not just Uber X or a restaurant meal,” says Uber Global Executive Creative Director Danielle Hawley. “We offer so many ways to fuel your life, from green rides to grocery delivery. We’re constantly innovating.”

Hawley says the brief for the campaign centered on the idea of “ambition," an idea that has fueled the company in its evolution from a ride-share platform into other mobility-related realms.

See all of Ad Age's news coverage of the Tokyo Olympics here.

“We think ambition is misunderstood,” Hawley says. “The world generally equates it with greed, but ambition changes the world, it moves it forward when channeled in the right way. We are channeling our hustle and ambition toward good for everyone. The audience we serve is ambitious too. They’re got goals and they reach them, and the way we innovate our products supports that, whether you’re an Olympian or an everywoman.”

As with other brands’ Olympic pushes, the campaign gives significant air time to Hawk's sport, which will make its debut at the Games in Tokyo. Along with the anthem, Hawk will appear in a dedicated ad running midway through the games.

“We loved incorporating Tony because skateboarding is synonymous with positive ambition, as is he,” Hawley says. “We are a movement company. Skateboarding is such a beautiful expression of movement and I love the story behind the journey of skateboarders, a group of people who zigged when everyone zagged and was ridiculed at first. It was a long journey of finally getting to the world stage and it’s exactly the kind of story we want to support.”

More from Ad Age: Everything you need to know about Olympics advertising

"I see parallels between Uber's mission and my own, which is to help people fulfill their life’s ambitions," said Hawk in a statement. "Whether it’s teaching people how to improve their skills on a skateboard or building more skate parks in underserved communities, I identify with this campaign’s message to go out there and get after it."

Over the past year, Uber has tread the tricky waters of the COVID era with bold messages that thanked people for not patronizing its services and then showed its gratitude to those who got vaccinated. As the world started to open up, its spot for the U.K. market showed people finally emerging from their homes, ready to take on the world (though cautiously still wearing masks).

The Olympics push takes an even more optimistic turn with its scenes of people raring to go, but this time, sans the face gear. Saman Kesh directed all the spots in the campaign, produced out of Golden.

The tagline “Go get it,” drives the sentiment home. Hawley describes the line as a “triple entendre.” It communicates how the brand helps consumers “go anywhere” and “get anything” while also expressing the brand’s positive, forward-thinking ambition.

"The last year-and-a-half has taught us that nothing should be taken for granted,” said Josh Fell, CCO Anomaly LA. “Time with loved ones, a night out at a sports bar, filling your life with impact or your tub with movie popcorn. These small joys and big dreams don’t just come to us. They aren’t guaranteed. But they are all still possible—and they feel amazing. We just have to step out and go get it.” Ann-Christine Diaz is the Creativity Editor at Ad Age. She has been covering the creative world of advertising and marketing for more than a decade. Outside of the job, she can be found getting in touch with her own creativity.

Facebook campaign from Droga5 spotlights skateboarding ahead of Olympics debut

Tokyo Olympics to ban spectators in city as virus resurges