The program’s classes run the gamut of modern marketing, from ‘Hood Marketing 101: How Blackness is Bought’ to ‘How to Be a Good Troublemaker’
READ THIS NEXT
Why Electric vehicle startup Lucid Motors takes ‘post-luxury’ marketing approach
Credit: Composite images: LIU, ROC Nation and Wieden + Kennedy

Wieden+Kennedy has been selected to collaborate with the Roc Nation School of Music, Sports & Entertainment, using its roots in the ad industry to help educate students about careers in marketing via a new Creative Promotion in Media program.

Launching in time for the upcoming fall semester later this year, the course will look at advertising through a cultural lens at the Roc Nation-backed school, which was created last year in partnership with Brooklyn’s Long Island University. Roc Nation is an entertainment company founded by rapper Jay-Z in 2008.

W+K’s staff will teach the custom-made curriculum, which includes a variety of culturally relevant classes with eye-catching titles, including “Hood Marketing 101: How Blackness is Bought,” “How to Be a Good Troublemaker” and “Nothing is an Accident.”

“How culture gets made is mostly a mystery,” says W+K creative director Michael Hagos, who will act as one of several class instructors from the agency. “We want to show more people how to get in the room, how to claim a seat at the table, and how to channel their unique voice and creativity to solve business problems.”

In addition to Hagos, students in the new Creative Promotion in Media course will have the opportunity to learn from staff such as the agency’s head of planning Dr. Marcus Collins, social copywriter Courtney O’Donnell and filmmaker Tania Taiwo, all of whom are New York-based.

The lessons offered by W+K to Roc Nation students, further details of which will be made available as the fall semester approaches, “will benefit them regardless of their career path,” says Long Island University President Kimberly R. Cline.

The new partnership with W+K follows a recent string of news out of LIU that has boosted the Roc Nation faculty’s profile, including the enlistment of accomplished musician Sam Newsome and producer 9th Wonder joining the Roc Nation school as instructors. Rapper Megan Thee Stallion also recently announced her plans to provide a full-ride scholarship for a student looking to attend the school.

Upon launching in August 2020, Roc Nation stated its mission to continually provide full-tuition “Hope Scholarships” to at least 25% of enrolled students. 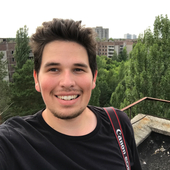