For brands with rich histories, it pays to refer to the past while looking toward the future
READ THIS NEXT
Why Electric vehicle startup Lucid Motors takes ‘post-luxury’ marketing approach
Credit: Frito-Lay, Dominos, Pizza Hut, General Mills, Carvel, White Castle, Coca-Cola

The 1990s, 1980s, the 1970s and even the 1920s are making comebacks in marketing as brands lean into their heritage and memories of what felt like simpler times.

While nostalgia has long been used to connect with older brand loyalists, marketers are using new ways such as QR codes and augmented reality to reach younger audiences who may be less familiar with their products’ storied pasts.

Even with the numerous nostalgia-tinged campaigns already out there, there are plenty of opportunities for brands to try fresh approaches to looking back.

“Nostalgia is a big part of the marketing world right now partly because of how people are feeling about the pandemic and all of the uncertainty in life,” says Tim Calkins, clinical professor of marketing at Northwestern University’s Kellogg School of Management.

Before strapping into the wayback machine, here are some things to consider.

Decide if looking back is the right move

“The real question is: to what degree is a sense of history important to your brand?” says Calkins. “There are some brands that really count on being fresh, and new and contemporary (and) it doesn’t make sense to look back in time because they’re about being new and fresh and different,” he says.

Brands presented as being of the moment may not do well leaning on their history. He offers Apple as an example. It’s 45 years old and has quite the legacy. But its marketing portrays it as being ahead of current times, not resting on the successes of the past.

Pizza Hut, meanwhile, is trying to get back to its heyday with what it calls “newstalgia.” Campaigns star actor Craig Robinson wearing a track suit that mimics the brand’s red and white tablecloths familiar to children and parents of the 1980s and 1990s. Remember those Tiffany lamps and red cups? They’re back, too.

“Rather than creating a new storyline,” says Lindsay Morgan, Pizza Hut chief marketing officer, the brand can “go back to our roots and what we’re good at.”

Plan before you execute

“You want to be very careful to be sure you are tapping into things that are positive and that will reflect positively on your brand,” says Calkins. “You want to understand if talking about that is really going to be motivating for your customers, and how is that going to turn into incremental purchases.”

White Castle, the slider chain founded in 1921, began planning its 100th birthday celebration in 2017. The team was excited for the opportunity to celebrate, and stressed that any plans refer to it as a birthday, not an anniversary, says White Castle VP Jamie Richardson. Grand plans, including reserving 2,500 hotel rooms for a May 2021 party, all had to change due to the pandemic. Instead, the chain’s plans included a livestream birthday bash featuring giveaways, a slider-shaped cake and inductions into its Cravers Hall of Fame such as Triumph the Insult Comic Dog and its creators, Michelle and Robert Smigel.

The benefit to that approach was that White Castle was able to use content from that event online, leading to more than 7.5 million views, a much larger audience than an in-person event would have reached.

Keep the audience in mind

If trying to reach a broad group, be sure your campaign will work even if someone doesn’t get the historical significance.

Cheetos' Super Bowl commercials featuring MC Hammer in 2020 and Shaggy in 2021 leaned on songs from the early 1990s and 2000s but the storylines made sense whether the viewer recognized the singers or not. And, in the 2021 spot, viewers who know Ashton Kutcher and Mila Kunis could laugh along, but the premise worked even for those who didn’t recognize the celebrity couple.

“Many people will miss the reference, so you want to make sure it’s going to work if they understand that or not,” says Calkins.

Pizza Hut recognizes that younger viewers might not get all of the brand’s old cues. It enlisted YouTube influencers TwinsthenewTrend to try its stuffed crust pizza while sitting in a booth at one of its old-style restaurants.

Sometimes, the strength of a brand idea can be a surprise. When Pizza Hut sold a throwback T-shirt for its children’s literacy program “Book It!” in May, the first run of 1,000 shirts sold out in under an hour. It ultimately sold just over 5,000 shirts in three hours.

Go beyond an anniversary

Cheerios is celebrating its 80th anniversary with throwback packaging to its first four years, when it was called CheeriOats. The retro design reminds people of its legacy but the broader message is around the General Mills brand’s long-running message about heart health.

“(W)e are using the 80th anniversary to remind consumers that soluble fiber from whole-grain oat foods, like those in Original and Honey Nut Cheerios cereals, can help lower cholesterol as part of a heart-healthy diet,” Kathy Dixon, senior brand experience manager for Cheerios, said in a statement.

The brand is also looking for fans to share Cheerios memories to win the retro boxes or a custom-made design.

Sometimes it’s not clear to insiders that others don’t really care as much as those who have studied a brand’s history.

“It’s so easy to fall in love with your brand and you can convince yourself that people are in love with your brand — and that’s not always the case,” says Calkins. Years ago, he worked on anniversary t-shirts and other items for Miracle Whip. “Most of it tended to end up with the brand team. Our level of excitement about it far exceeded where customers were,” he says.

Allow the brand to have fun

Richardson, who has spent 22 years and counting at White Castle, knows it can be easy for marketers to fall in love with their brand’s origin story. But it’s important to be aware of what matters to outsiders. The restaurant, for example, didn’t use its birthday to teach people about its introduction of the industrial strength spatula. “We wanted it to be a party, not a college lecture,” says Richardson.

With Coca-Cola, a partner since 1921, the 362-restaurant chain released AR cups with throwback comic-book style designs. When scanned with a smartphone, imagery on the White Castle cups appeared to come to life with music including “White Castle Blues” by the Smithereens. White Castle thought it had enough of the special cups to last eight weeks — they were gone in less than four weeks.

Pizza Hut also used AR in packaging, catching people’s attention with an AR version of Pac-Man on its pizza box that diners could play using their smartphones.

Coca-Cola, in recognition of the 50th anniversary of its legendary “Hilltop” ad, combined the message with AR avatar technology. Samsung Galaxy phone users can accessorize emoji characters with apparel inspired by the ad. The work, done with Tafi, a creator of custom 3D content, includes a virtual jean jacket with patches and tie-dye sweats with the Coca-Cola logo.

Such approaches can be effective ways to get people to think about the brand and, importantly, share that content with others.

When Carvel resurfaced its founder's voice for a Father's Day campaign tied to its Fudgie the Whale cake, it updated the premise with a hotline dedicated to dad jokes.

“Nostalgia has such a play with emotions and people really want to feel something,” says Nicolle DuBose, the ice cream chain's VP and CMO.

Nostalgia, says BrandOpus' Strategy Director Molly Rowan Hamilton, “can bring comfort and reassurance when everything else feels odd and out of place. It’s therefore no surprise that during the pandemic, as our worlds were turned upside down and people were desperately seeking something to ground them, we saw such an uptick in brands utilizing the power of nostalgia to connect with consumers.”

Brand marketers looking through archives can find lots of ideas to draw upon. But is there enough upside to justify the effort of making the connection to the past?

“Nostalgia can be a reservoir of comfort and good memory,” says Richardson.

Use the past as a guide, not as a crutch. “You don’t want to present it as being stodgy or afraid of the future,” says Richardson.

Domino’s brought back the Noid, a nemesis character introduced 35 years ago, in April. The character is a throwback shown while promoting a driverless delivery test with Nuro, a way to lean on the chain’s past to show how it’s moving forward, says Kate Trumbull, Domino’s VP of advertising.

It’s the latest retro effort for the pizza chain, which in recent years riffed on “Ferris Bueller’s Day Off” and “Risky Business” with younger stars — Joe Keery and Jordan Fisher — to help appeal to those who may not have seen the movies when they were released in the 1980s.

“I think [nostalgia] is a powerful tool anytime, but I definitely think it’s a powerful tool right now,” says Trumbull. “It brings people just a moment of joy and reflection of what seems like a simpler, easier time.” 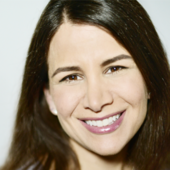