Social network has made big concessions to advertisers, but anti-hate groups still see dangers
READ THIS NEXT
Heineken’s first campaign for Arizona Sunrise hard seltzer is a colorful creator-driven collaboration

Last July, more than 1,000 brands signed on to "Stop Hate for Profit."

It's been one year since more than 1,000 brands boycotted Facebook in an effort to stop hate speech. Since then, the civil rights groups behind the movement say while progress has been made to better secure social media from racism, some of the issues that initially propelled the protest have actually gotten worse.

Over the past year Facebook has made strides in cleaning up the platform, including unprecedented brandy safety tests in New Feed, yet marketers say they are watching the social behemoth closely to make sure it delivers on its promises.

On Thursday, the Anti-Defamation League, one of the founding organizers of Stop Hate along with the NAACP, issued a report looking back on the year, grading Facebook on how well—or not—it fulfilled commitments like purging hate speech and disinformation.

“Issues that we raised 12 months ago, we made meaningful progress,” says Jonathan Greenblatt, CEO at the ADL. “For the first time, Facebook agreed to a series of what I would describe as concessions, where they finally made an explicit effort to take down white supremacist groups, to remove racist content, to classify Holocaust denialism as hate speech. They hired a VP of civil rights; they agreed to participate in an audit of their hate content.”

Facebook still saw its share of problems over the year, like the Jan. 6 attack on the Capitol, which was in part caused by hate spread on the platform. Greenblatt says hate also still finds a voice in anti-Semitism and white supremacism.

“It’s become very clear that the concerns that we raised, despite [Facebook’s] protestations and despite their pushback, the issues that we raised have only increased in urgency," Greenblatt says. "The things that we flagged have actually flourished on their services.”

Aba Blankson, NAACP chief marketing and communications officer, said that Stop Hate prodded brands to take responsibility for the platforms they support, and it showed that concerted action works. “Brands have the immense power to hold each other accountable, and urgent responsibility to drive meaningful change,” Blankson said in an email.

“Major brands not only joined the campaign to pause, but examined how their marketing and advertising dollars were being used on social platforms, primarily Facebook, and changed internal advertising policies as a result,” Blankson said. “While Facebook and other platforms updated their policies to mitigate hate and misinformation, they still have more work to do in enforcing those policies in a timely and consistent manner.”

The boycott wound up recruiting more than 1,000 brands, including Verizon, Coca-Cola, Unilever, Honda, North Face, and more. Ad agencies and brands were motivated to act following the police killing of George Floyd last May, when social media became a battleground between civil rights champions and hate groups.

The account of then President Donald Trump became an example of how the most powerful accounts could stoke violence. Trump posted messages suggesting Black Lives Matter protesters should be met with an armed response.

With more than 10 million advertisers, the boycott did not harm Facebook’s bottom line. In fact, Facebook’s ad revenue grew 21% in 2020 to $84 billion.

Facebook has been working with the Global Alliance for Responsible Media to implement rules around hate speech, enforcing community standards, and protecting brands. This year, Facebook agreed to test a way for advertisers to control where they appear in News Feed. Facebook has 1.88 billion daily users who all receive a personalized, algorithm-based content feed. For years, Facebook told advertisers that context in News Feed, where ads appear above and below user-generated posts, did not matter.

Major brands have expressed concerns about the pace of audits, though, which Facebook assured them would help quantify the risks on social media.

Facebook has said it is committed to implementing standards set by GARM, the industry group, and will allow audits of how well it complies with those standards. But Facebook has yet to incorporate GARM’s standards, partly because they are not finalized around “content monetization” and “brand safety controls,” the company said.

Facebook also is opening its “Community Standards Enforcement Report” to an audit by Ernst & Young. The enforcement report details the level of offensive content on Facebook, and brands want to verify the findings that Facebook self-reports.

This week, Marc Pritchard, Procter & Gamble’s chief brand officer, referenced the GARM standards and Facebook in a talk with Ad Age at the Association of National Advertisers conference.

“When I say there are still challenges that is one of them,” Pritchard said. “The GARM safety and suitability standards, that was an expectation that we put to all platforms, and we expected adoption, and then we expected the MRC audit of that as well as coming up with new monetization approaches. One of the challenges is that the MRC auditing is still not in place. And that's important to us, and I think it's important to the industry.”

Facebook pointed to all the actions it has taken in the past year, including hiring a civil rights executive, which was a core demand of protesters.

“Over the past year, we hired Roy L. Austin, Jr. to serve as Facebook’s first VP of Civil Rights and continued to grow our team of civil rights experts. We’ve made substantial investments to keep hate off our platform and have updated our policies to catch more implicit hate speech and banned Holocaust denial,” a Facebook spokesman said. “Before the U.S. election last year, we also banned militarized social movements, took down tens of thousands of QAnon pages, groups, and accounts, and updated our policies prohibiting voter suppression. We hold ourselves accountable through regular reports to the public on the progress we’re making and areas where we need to do more. While there is always more work to do, we are committed to doing it.”

Facebook’s advertising leadership has changed in the past year, as well. Just last week, Carolyn Everson, head of global business solutions, left the company. Everson had been one of the most active executives working with advertisers directly to ensure changes to the platforms.

Pritchard discussed Everson’s departure, too. “The mark of a great leader is the team that steps up behind them,” Pritchard told Ad Age. “And I have confidence in them.” 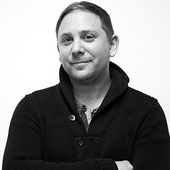 Garett Sloane is Ad Age’s technology, digital and media reporter. He has worked in newspapers from Albany to New York City, and small towns in between. He has also worked at every advertising industry trade publication that matters, and he once visited Guatemala and once rode the Budapest Metro.

Taboola moves into e-Commerce with acquisition of retail-focused Connexity

10 NCAA athletes brands should partner with in NIL era

Why brands like Netflix, Peloton and Zoom are bringing games to their platforms