How agency business is bouncing back

Full-year forecasts are rising, and agencies have switched from firing to hiring
READ THIS NEXT
Publicis Groupe reports 17.1% organic growth, expects pre-pandemic levels by end of year

Organic growth surged for agencies in the second quarter, with good performance across sectors and regions and rising expectations for the full year. After deep staff cuts during the pandemic, agencies once again are hiring.

Interpublic Group of Cos., Omnicom Group and Publicis Groupe released second-quarter results last week, with WPP and Dentsu Group set to announce results next month. Here’s what results reveal about the state of the agency business:

Interpublic posted second-quarter worldwide organic growth of 19.8%, a sharp rebound from last year’s depressed second quarter in the early months of the pandemic.

Organic growth is a key financial measure that factors out acquisitions, divestitures and effects of exchange rates.

Omnicom recorded worldwide organic growth of 24.4%, a turnabout from dismal results posted a year ago at the nadir of the deep pandemic-driven recession. For Omnicom in particular, this year’s second quarter had comparatively easy comps vs. the year-ago results.

More from Ad Age: How immersive ads can serve as a data source for marketers

“We’ve rounded the corner into positive growth,” Omnicom Chairman-CEO John Wren said on his second-quarter earnings call as the agency company returned to positive organic revenue growth for the first time since being punched by the pandemic.

So how do the results compare to pre-pandemic levels?

Using Publicis’ formula (see table below), Ad Age Datacenter calculated implied worldwide organic growth over that period of 7.9% for Interpublic and 1.9% for Publicis.

Translation: Factoring out exchange rates, acquisitions and divestitures, Interpublic is a bigger company now than it was before the pandemic. (On a reported basis, Interpublic also is bigger—$2.3 billion in net revenue in the recent quarter vs. $2.1 billion in the same quarter two years ago.)

Using the same formula, Ad Age calculated Omnicom’s implied worldwide organic growth over that period: minus 4.2%. (On a reported basis, Omnicom’s revenue less third-party service costs fell about 1% to $2.7 billion in the second quarter vs. the same period two years ago.) Omnicom declined to comment on Ad Age’s calculations.

Publicis, which bought data play Epsilon in July 2019, is a far bigger company now on a reported basis (second-quarter net revenue: $3.1 billion) than it was in second-quarter 2019 ($2.5 billion).

Interpublic upgraded its forecast for the year, predicting it will achieve 9%-10% worldwide organic growth in 2021, up from the 5%-6% it foresaw in April.

“Our growth across regions, disciplines and client sectors speaks to more than a recovering global economy,” Krakowsky said on Interpublic’s earnings call. “It underscores the elevated value marketing and media partners can deliver on the integration of creativity, technology and data, at scale, amid the significantly increased velocity of digital transformation.”

Publicis now expects full-year 2021 worldwide organic growth of about 7%, “assuming no major deterioration in (the) health situation.” That means the company would fully recover its 2020 organic decline of -6.3% one year ahead of its initial expectations.

Looking ahead to the rest of the year, Krakowsky is optimistic about Interpublic’s prospects even given a rise in coronavirus cases in many parts of the world and the emergence of more variants.

The continued effect of the pandemic may not be as significant to Interpublic’s business as last year, he said. In many countries, “the second or third wave won’t necessarily be the same as the first,” Krakowsky said. “There’s the sense that you’re still making progress towards an outcome,” now that vaccines and treatments are available.

In its earnings release, Omnicom struck a cautionary note:

“Global economic conditions will continue to be volatile as long as the COVID-19 pandemic remains a public health threat, including as a result of new information concerning the severity of the pandemic, government actions to mitigate the effects of the pandemic in the near-term, and the resulting impact on our clients’ spending plans. We expect global economic performance and the performance of our businesses to vary by geography and discipline until the impact of the COVID-19 pandemic on the global economy subsides.”

Hiring has picked back up, sometimes at higher salaries due to the strong job market, said Interpublic Executive VP and Chief Financial Officer Ellen Johnson.

Interpublic, however, is keeping a close watch on staffing levels and costs. “The pace of new hiring lags our significant revenue growth, as has been the case in past business cycles,” Johnson said on the company’s earnings call. Jobs eliminated in restructuring initiatives last year “will not return with revenue growth,” she said.

As clients start spending again and new business wins come in, Omnicom is looking to hire, but competition for talent in the industry is robust.

“We are seeing some pressure on staff costs, particularly in the U.S. as the labor markets remain tight,” Wren said.

U.S. employment in advertising, public relations and related services surged in June, showing its biggest-ever one-month increase, according to data from the Bureau of Labor Statistics analyzed by Ad Age.

Growth has come across disciplines and clients sectors

Interpublic’s IPG Dxtra segment—an umbrella group of agencies including Weber Shandwick, Golin, FutureBrand, Octagon and Jack Morton—posted 15.1% organic growth, a year after the latter two agencies suffered from the collapse of sports marketing and experiential amid the pandemic lockdown.

All of Interpublic’s major client sectors saw double-digit growth over last year, with auto and retail up more than 20%; consumer goods, tech/telecom and health care up in the mid-to-high teens; and food/beverage and financial services up in the low double digits.

Publicis cited “a particularly high demand for digital media, first party data management and direct-to-consumer products and services” in the U.S. in the second quarter, with U.S. organic growth of 31.1% at Epsilon and 27.0% at Publicis Sapient. Health operations—strong performers during the pandemic—had double-digit growth. Publicis said creative activities were positive, showing improvement after being flat in the first quarter, “with notably a strong growth in production activities.”

All regions are rising

Interpublic, Omnicom and Publicis delivered double-digit organic growth across all regions in the second quarter.

Investors are betting on Interpublic. Shares surged after Interpublic’s July 21 earnings announcement, and the stock ended the day up 11.3% at $34.81, its highest closing price since 2001.

Publicis shares showed a narrow gain after it announced its results July 22, ending the day at 54.18 euros, up 0.3%.

Investors appeared less bullish on Omnicom. The stock slumped after its July 20 earnings announcement, dropping to the lowest point since March before recovering some losses to close the day at $73.07, down 4.3%. 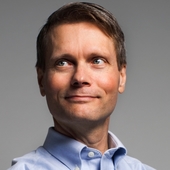 DraftKings bets big on social with hire of VaynerMedia

Joel Raphaelson, who planted flag in Chicago for Ogilvy & Mather, dies at 92